Valisa Higman is a cut-paper artist from Seldovia, Alaska. Her work is heavily influenced by her love of nature, people, food and community

Influenced by her father, a wood-carver, her grandfather, and mother who both hand cut silk-screens; Valisa began working subtractively at a young age. Her cut-paper artwork all starts as a sheet of black paper. Carving away at the background using an exacto knife, her images are revealed in an intricate lacework of lines. Using the black as her foreground, she fills the negative space by piecing together layers of paper in vibrant colors and textures. As a finishing touch, she adds the last details and shading with watercolor. Her work reflects her love of community, food, and nature. Valisa was born in Seldovia, Alaska, and studied psychology and art at Lewis and Clark College in Portland, Oregon. Along the way she has found inspiration in her surroundings. From the mountains of Colorado to the tea houses of Eastern Europe, the deserts of Africa to the limestone cliffs of Laos, she is forever moved by the beauty and grace the world has to offer. Her artwork has been featured in cafes and galleries throughout her journeys. Recent juried shows included the Mayor’s Art Show in Eugene, OR, and The Clay Cup, a national juried exhibition at the George Caleb Bingham Gallery at University of Missouri. Valisa recently moved back to Seldovia after spending the last five years in Eugene, Oregon with a small community of friends she met while volunteering on the Gulf Coast after hurricane Katrina. Being home has proved both nostalgic and eye opening, sparking new ideas every day.

Check out her Etsy Store! 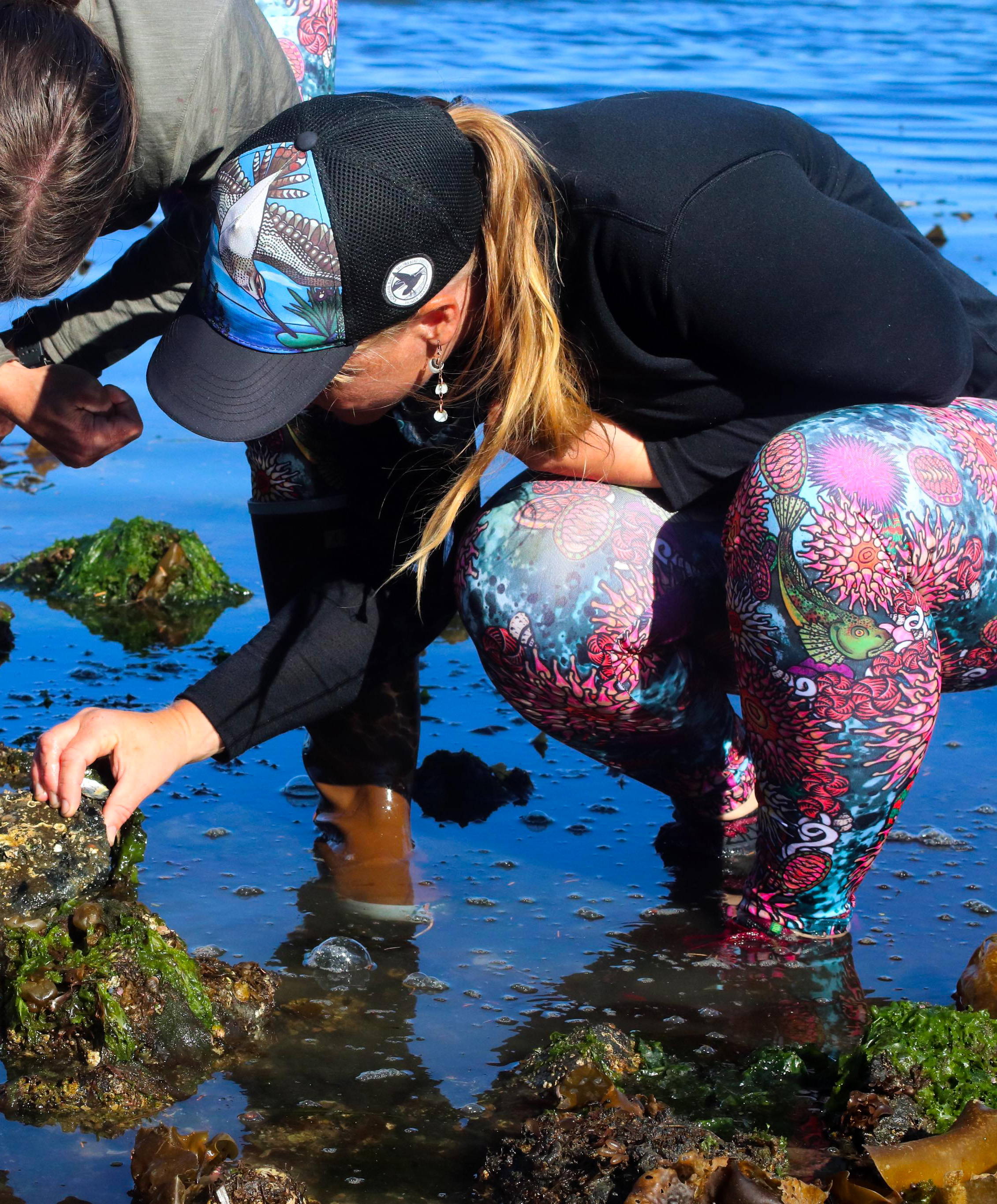 When I saw Valisa piece Sulpin's Nest, I had a vision of a 70's retro floral motif.

The water can often mimic the land and a teeming tidal pool shares the same look and feeling of a garden in full bloom.

I felt pairing Valisa's artwork with our Yoga Legging style would be a perfect fit!

We are so excited to be working with Valisa and being able to share our fun collaboration with you!

We couldn't just make leggings without making them available for your favorite mini as well!

Make sure to size up, for kiddos to grow in to.

They are a slim fit and do run a little small. 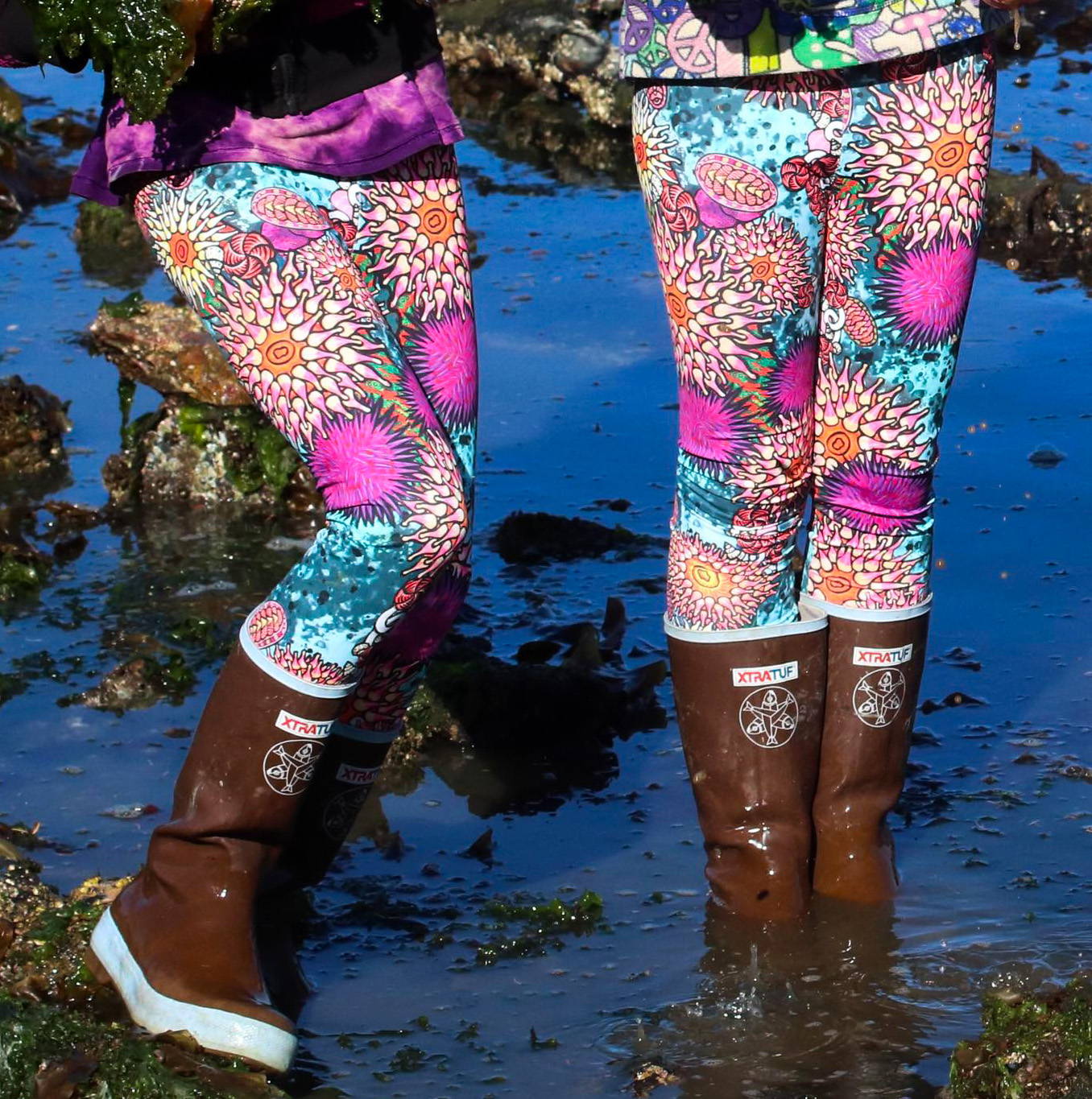 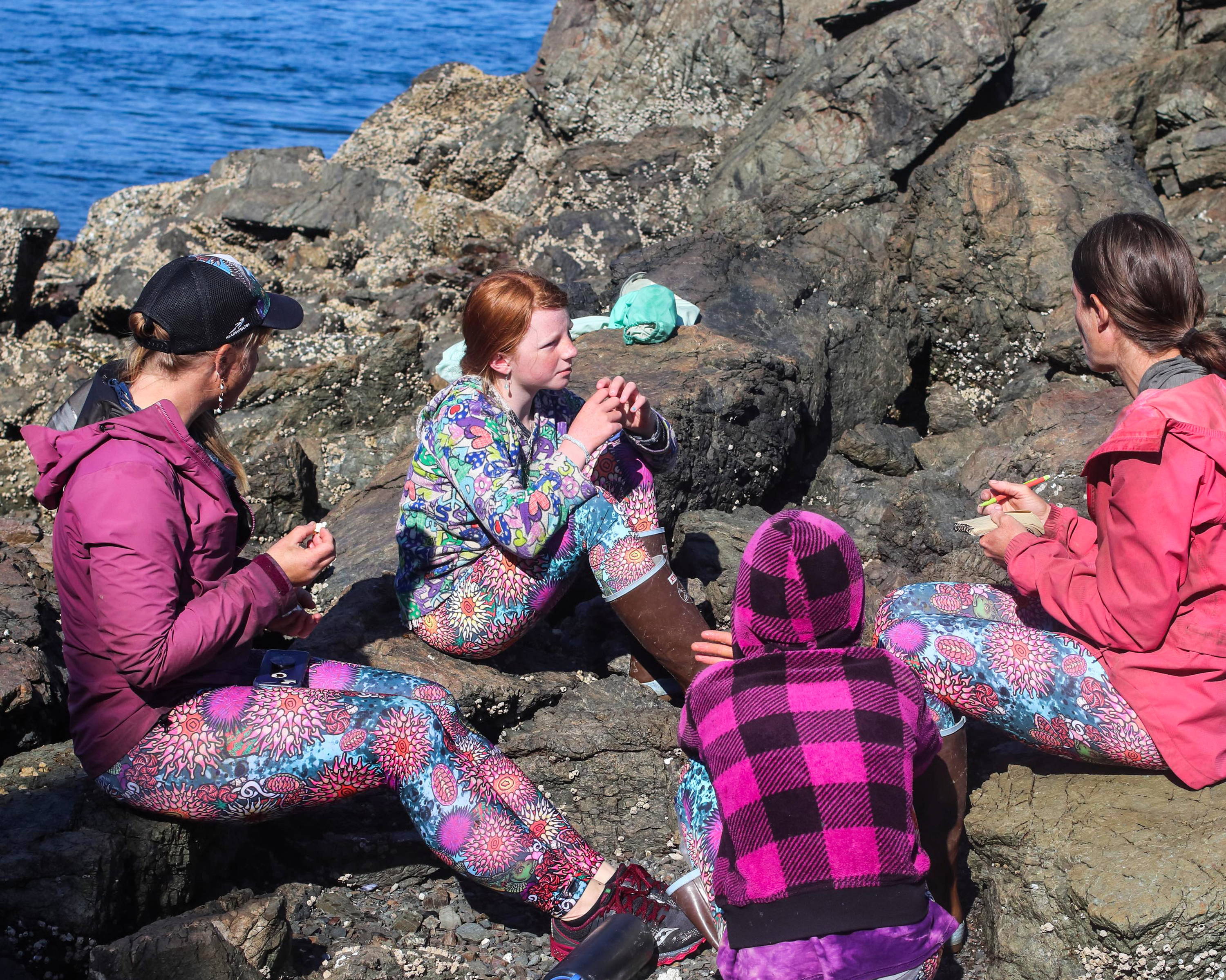 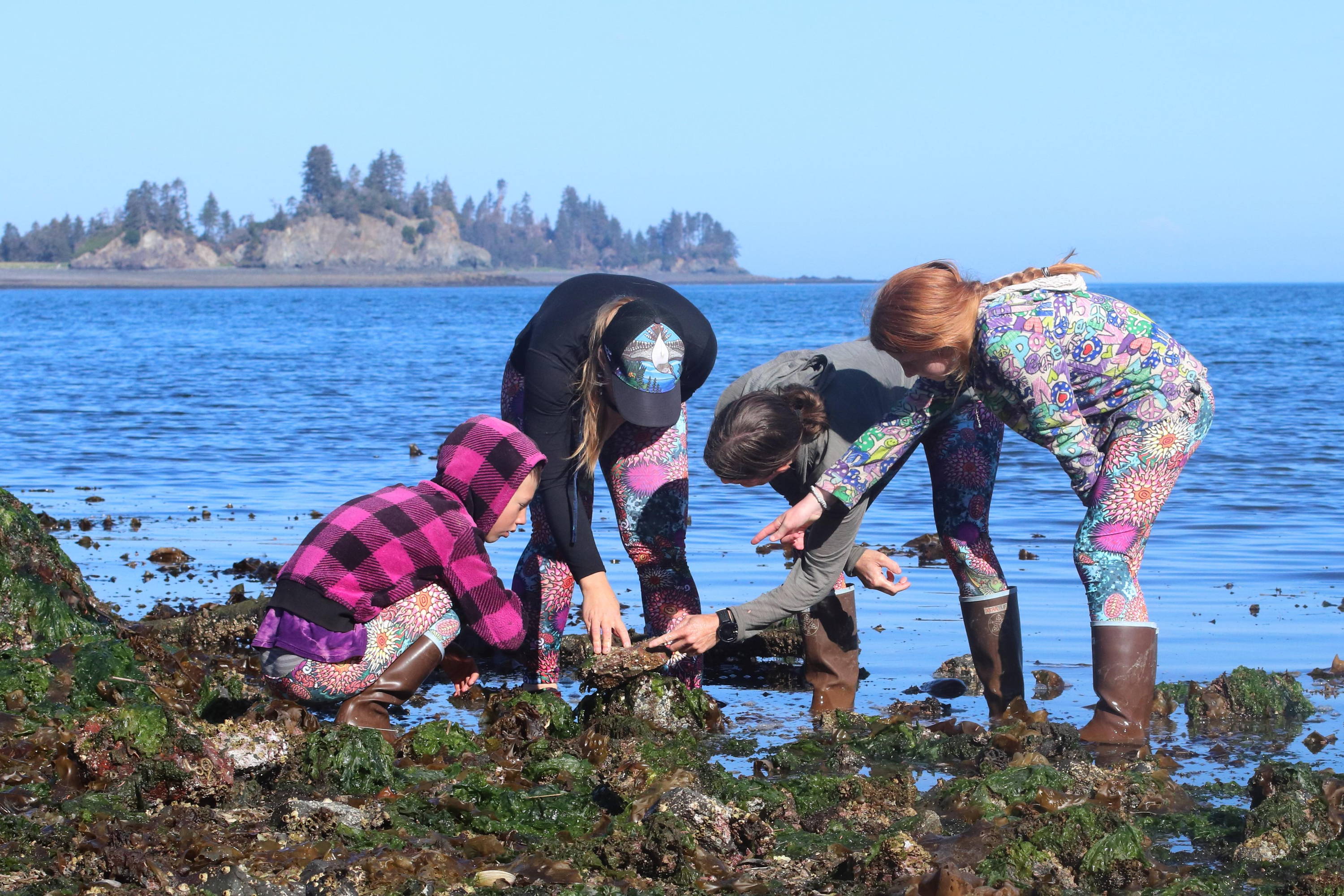 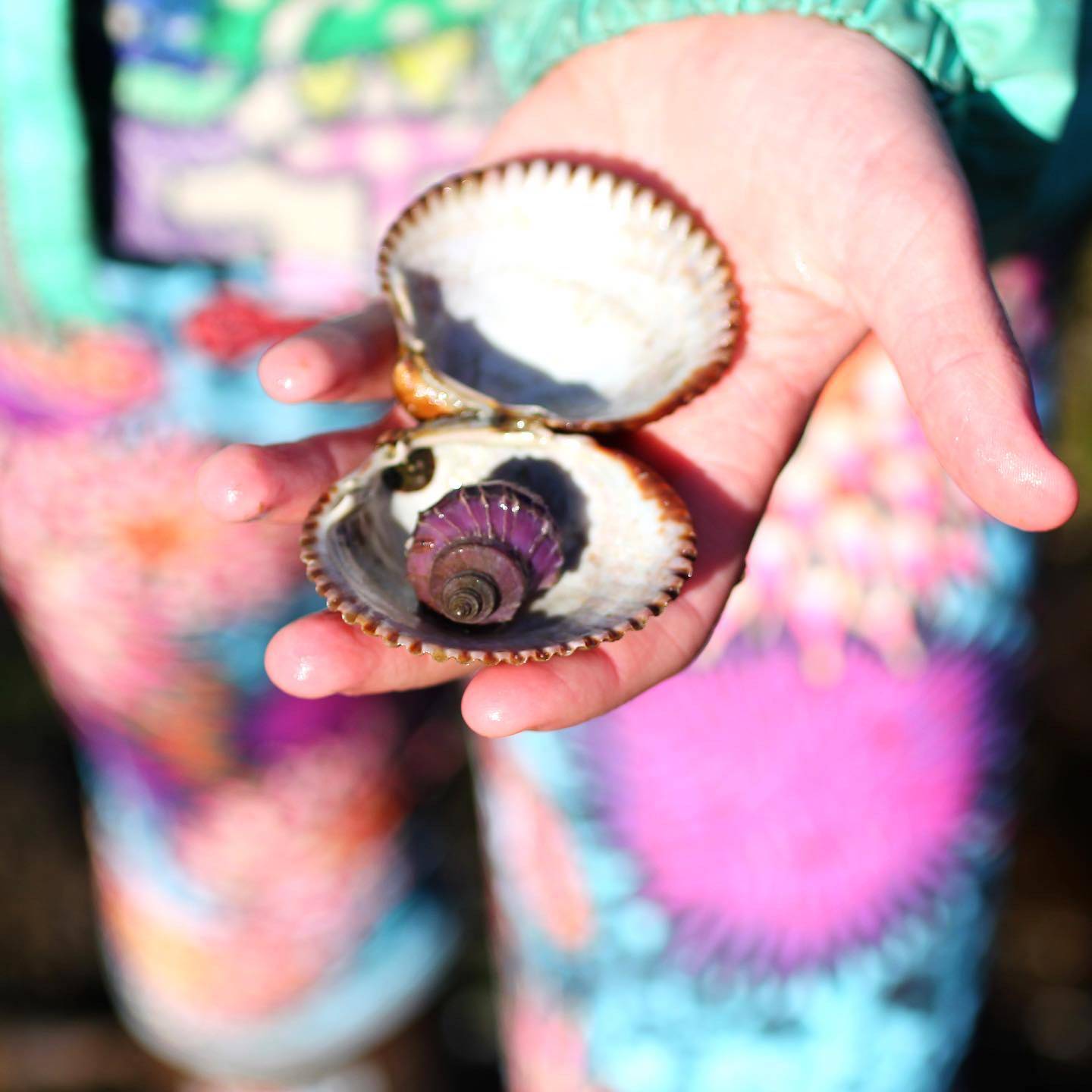 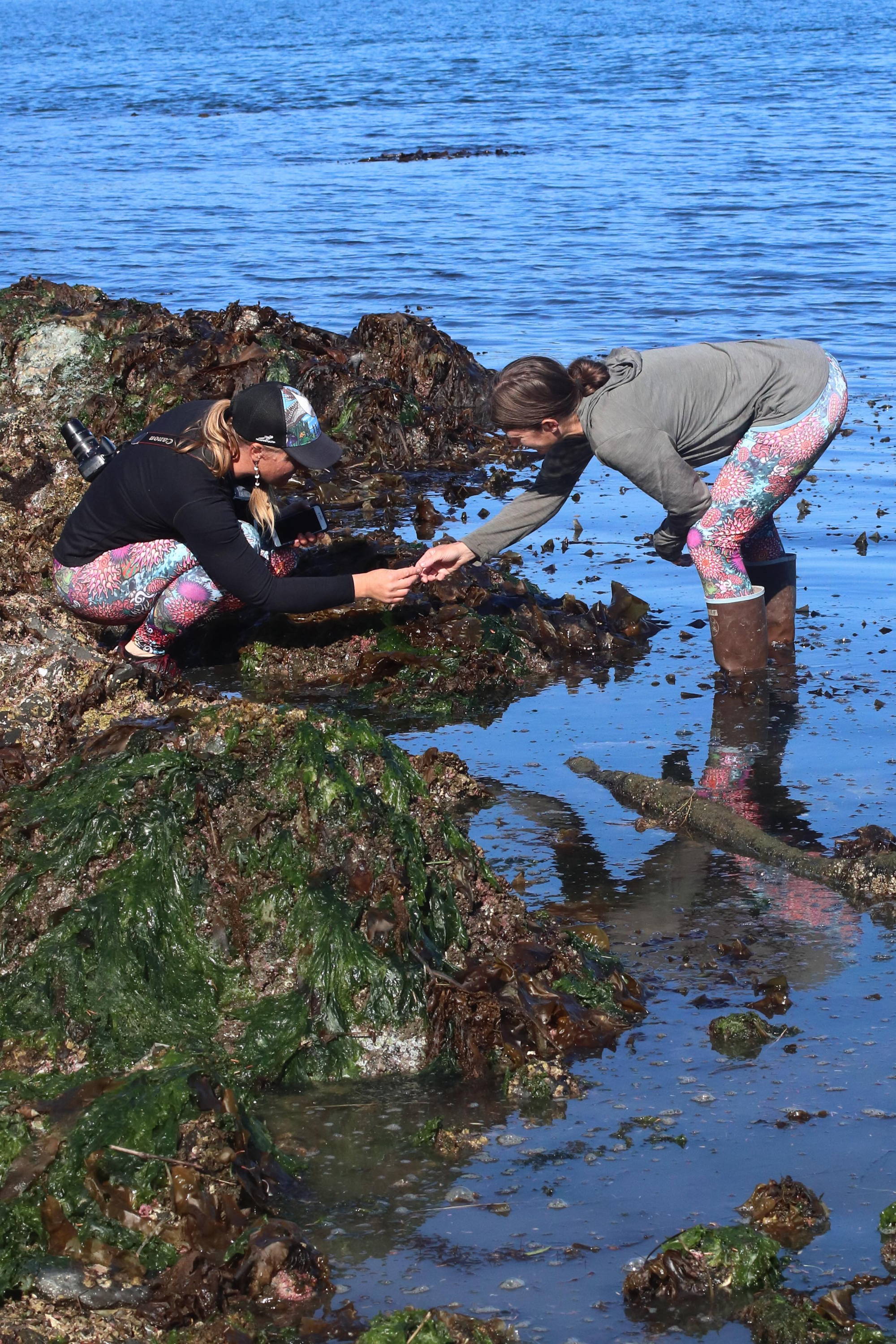 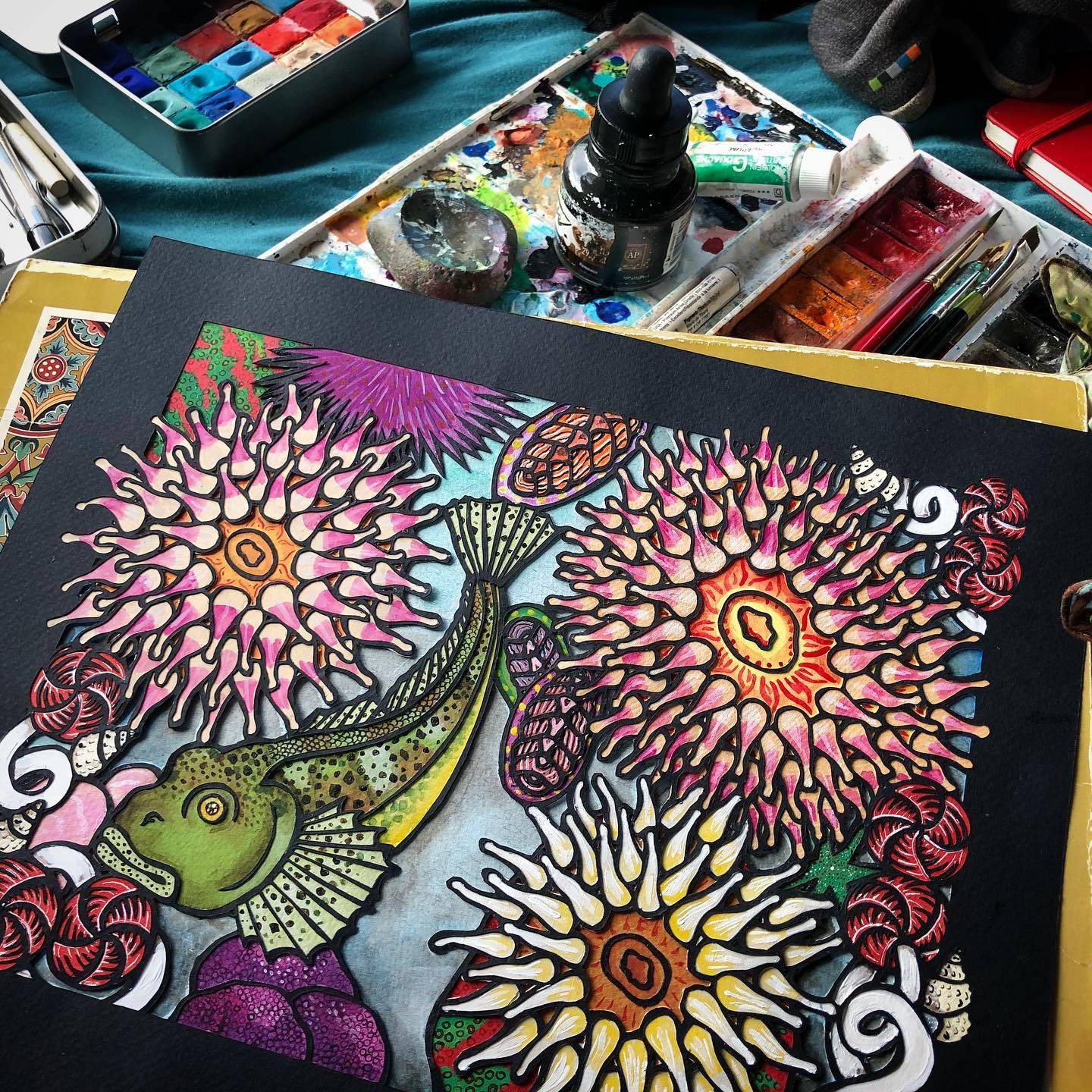